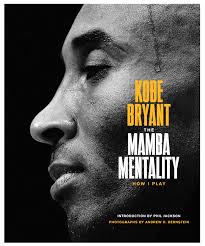 “She fought a lonely and almost single-handed fight, with the single-mindedness of a crusader, long before men or women of any race entered the arena; and the measure of success she achieved goes far beyond the credit she has been given in the history of the country.”–Alfreda M. Duster
Ida B. Wells is an American icon of truth telling. Born to slaves, she was a pioneer of investigative journalism, a crusader against lynching, and a tireless advocate for suffrage, both for women and for African Americans. She co-founded the NAACP, started the Alpha Suffrage Club in Chicago, and was a leader in the early civil rights movement, working alongside W. E. B. Du Bois, Madam C. J. Walker, Mary Church Terrell, Frederick Douglass, and Susan B. Anthony.
This engaging memoir, originally published 1970, relates Wells’s private life as a mother as well as her public activities as a teacher, lecturer, and journalist in her fight for equality and justice. This updated edition includes a new foreword by Eve L. Ewing, new images, and a new afterword by Ida B. Wells’s great-granddaughter, Michelle Duster.

Be the first to review “Crusade for Justice” Cancel reply
No more offers for this product!