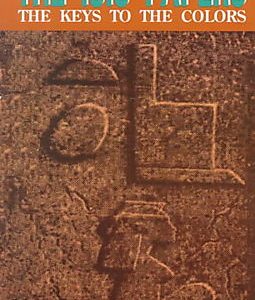 Ain’t I a woman by Bell Hooks

A cultural critic, an intellectual, and a feminist writer, bell hooks is best known for classic books including Feminist Theory, Bone Black, All About Love, Rock My Soul, Belonging, We Real Cool, Where We Stand, Teaching to Transgress, Teaching Community, Outlaw Culture, and Reel to Real. hooks is Distinguished Professor in Residence in Appalachian Studies at Berea College, and resides in her home state of Kentucky.

First edition published by South End Press, 1981.;Includes bibliographical references and index.;A classic work of feminist scholarship, Ain’t I a Woman has become a must-read for all those interested in the nature of Black womanhood. Examining the impact of sexism on Black women during slavery, the devaluation of Back womanhood, Black male sexism, racism among feminists, and the Black woman’s involvement with feminism, hooks attempts to move us beyond racist and sexist assumptions. The result is nothing short of groundbreaking, giving this book a critical place on every feminist scholar’s bookshelf. –;Provided by publisher.

Praise for the book:

“Ain’t I a Woman is one of the most interesting, lucid books dealing with the subject of Feminism. The book can be recommended wholeheartedly to anyone who is interested in black history, in women’s history, or in that much-overlooked connection between the two.” –Maria K. Mootry Ikerionwu, Phylon (1983)

“…an absorbing delineation of the American black woman’s mark(s) of oppression at the hands of racist, misogynist, imperialist, capitalist patriarchy….Feminists must read this book…” –Cheryl Clarke, Off Our Backs (1982)

“Since the publication of Ain’t I A Woman in 1981, bell hooks has become one of the United States’ most acute cultural critics. Writing from a clearly stated position as an African American woman, hooks’s early work helped re-map feminist theory in the United States with her consistent analysis of the interrelationships of race, gender and class in contemporary cultural life.” –Sally Keenan, Journal of American Studies (1995)

Preface to the New Edition Introduction 1. Sexism and the Black Female Slave Experience 2. Continued Devaluation of Black Womanhood 3. The Imperialism of Patriarchy 4. Racism and Feminism: The Issue of Accountability 5. Black Women and Feminism

Be the first to review “Ain’t I a woman by Bell Hooks” Cancel reply
No more offers for this product!