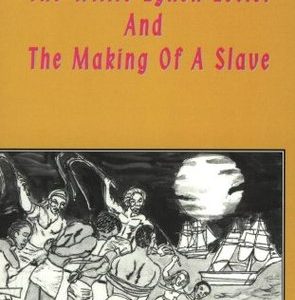 Brief Description:
“A shorter version of Fahrenheit 451 appeared in Galazy Science Fiction under the title The fireman”–T.p. verso.

“Fahrenheit 451– the temperature at which book paper catches fire and burns–.”

In a society in which books are outlawed, Montag, a regimented fireman in charge of burning the forbidden volumes, meets a revolutionary school teacher who dares to read. Suddenly he finds himself a hunted fugitive, forced to choose not only between two women, but between personal safety and intellectual freedom.

Originally published: New York: Ballantine Books, c1953.;Fahrenheit 451– the temperature at which book paper catches fire, and burns …;First Simon & Schuster hardcover edition June 2013–Title page verso.;The sixtieth-anniversary edition commemorates Ray Bradbury’s masterpiece with a new introduction by Neil Gaiman;personal essays on the genesis of the novel by the author, a wealth of critical essays and reviews by Nelson Algren, Harold Bloom, Margaret Atwood, and others …–Book jacket.;In a future totalitarian state where books are banned and destroyed by the government, Guy Montag, a fireman in charge of burning books, meets a revolutionary schoolteacher who dares to read and a girl who tells him of a past when people did not live in fear.

“Brilliant . . . Startling and ingenious . . . Mr. Bradbury’s account of this insane world, which bears many alarming resemblances to our own, is fascinating.” –Orville Prescott, The New York Times

“A masterpiece . . . A glorious American classic everyone should read: It’s life-changing if you read it as a teen, and still stunning when you reread it as an adult.” –Alice Hoffman, The Boston Globe

“The sheer lift and power of a truly original imagination exhilarates . . . His is a very great and unusual talent.” –Christopher Isherwood, Tomorrow

“One of this country’s most beloved writers . . . A great storyteller, sometimes even a mythmaker, a true American classic.” –Michael Dirda, The Washington Post

Sixty years after its originally publication, Ray Bradbury’s internationally acclaimed novel Fahrenheit 451 stands as a classic of world literature set in a bleak, dystopian future. Today its message has grown more relevant than ever before.

Guy Montag is a fireman. His job is to destroy the most illegal of commodities, the printed book, along with the houses in which they are hidden. Montag never questions the destruction and ruin his actions produce, returning each day to his bland life and wife, Mildred, who spends all day with her television “family.” But when he meets an eccentric young neighbor, Clarisse, who introduces him to a past where people didn’t live in fear and to a present where one sees the world through the ideas in books instead of the mindless chatter of television, Montag begins to question everything he has ever known.

Be the first to review “Fahrenheit 451” Cancel reply
No more offers for this product!