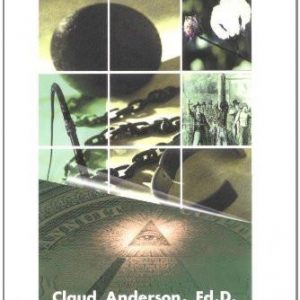 The Black Jacobins: Toussaint l’Ouverture and the San Domingo Revolution

C.L.R. James was born January 4, 1901, in Trinidad. In 1918 James received his teaching certificate from Queens Royal College. One of his pupils, Eric Williams, was later the first Prime Minister of Trinidad and Tobago. During the 1930s and after World War II, he covered cricket for The Manchester Guardian. In 1938 James came to the United States, but he was deported fifteen years later, during the McCarthy era. While interned on Ellis Island, James wrote Mariners, Renegades and Castaways: The Story of Herman Melville and the World We Live In (1953). His other books include Minty Alley (1927), World Revolution (1937), A History of Negro Revolt (1977), Notes on Dialects (1980), and At the Rendezvous of Victory (1984). The United States government allowed James to return in 1970, and became a member of the faculty at Federal City College in Washington. Before his death on May 31, 1989, in London, C.L.R. James was awarded Trinidad and Tobago’s highest honor, the Trinity Cross.

This powerful, intensely dramatic book is the definitive account of the Haitian Revolution of 1791-1803, a revolution that began in the wake of the Bastille but became the model for Third World liberation movements from Africa to Cuba.

A classic and impassioned account of the first revolution in the Third World.This powerful, intensely dramatic book is the definitive account of the Haitian Revolution of 1794-1803, a revolution that began in the wake of the Bastille but became the model for the Third World liberation movements from Africa to Cuba. It is the story of the French colony of San Domingo, a place where the brutality of master toward slave was commonplace and ingeniously refined. And it is the story of a barely literate slave named Toussaint L’Ouverture, who led the black people of San Domingo in a successful struggle against successive invasions by overwhelming French, Spanish, and English forces and in the process helped form the first independent nation in the Caribbean.

“Brilliantly conceived and executed…The absorbing narrative never departs from its rigid faithfulness to method and documentation.”

“Mr. James is not afraid to touch his pen with the flame of ardent personal feeling — a sense of justice, love of freedom, admiration for heroism, hatred for tyranny — and his detailed, richly documented and dramatically written book holds a deep and lasting interest.”

The definitive account of the first revolution in the Third World and L’Ouverture’s 12-year-long slave revolt that resulted in the creation of the state of Haiti in 1803. Bibliography, appendix, index.

Be the first to review “The Black Jacobins: Toussaint l’Ouverture and the San Domingo Revolution” Cancel reply
No more offers for this product!